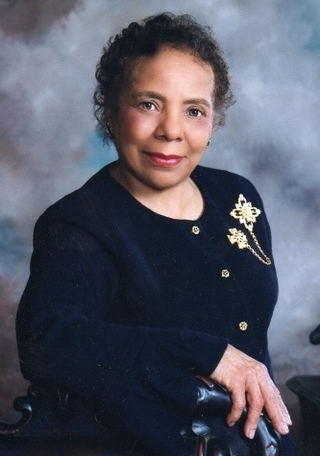 Tags: Family, Black Family, Racial Equality, Work Ethic, family values, education, slavery, Manhood Ritual, Recreation Cotton, corn, and Peanut Field Work, Disciplining
My great grandmother Julie was happy to be freed two years, before the 1863 Emancipation Proclamation that changed the status of Negroes, but in 253 years, we are still in bondage to white man and, therefore, we need a newly written Emancipation Proclamation and a new white culture in speech, actions, and kindness that states and practices, daily, equality for blacks and whites.

Grandmother Julie was free two years before the 1863 Emancipation Proclamation, and she was happy to get her freedom from slavery, as anyone would be.
Without doubt, Conecuh County made progress, but slaves and “free colored” were indelibly written in its history, including my great grandmother Julie. Nevertheless, it was a good thing that slavery ended in 1863, for it made blacks and whites start toward treating blacks like full human adults, but they are capable of completing a culture of equality for blacks and, on our behalf, I say that we know that can do and will do it for themselves, as well as for us. So, in 1863, when slavery ended, that was a good change, and every change and we need more good changes for black Americans and they would move our great America forward.

Nevertheless, Conecuh would have been an even better place to live for people, who were forced to come to this land and build it while white people, immigrants, too, sat in their offices and planned the hard work they needed from us and structured the way America looks. Hence, white man and black man have contributed equally to America. So, why not unify us now with you in equality in everything. My great grandmother Julie was one of the blacks who helped build America. As a result, black Americans should be just as respected in America as white people. That would not be belittling to white citizens, instead, it would be ennobling. When anyone does the right thing, he feels better than when he does what is not right. My people and white people need a more ennobled White America for all our families. It needs to be an America without discrimination in white people’s speech, walk, talk, hands, and body actions. That’s hateful behavior toward us and makes us tread racism waters. When we must do this, and it is almost all the time, you hurt us, and we are human beings with feelings, just like you. There is something I do not understand. Specifically, white people, though they mated in slavery and enjoy sex with us, now, which is okay with me in this modern day and from slavery, until now, it has created our different shades of black, different shades of brown, and different shades of white, and I don’t understand why they contradict themselves by denying us equal rights due to our skin shades they created. Though some of us would have been a different shade of black, brown, and white, which could have made us happy, it seems to me that white people would love us and never hurt us because of our skin color. It is the skin color they gave us. Dearly Beloved White Man, I ask you to love us for many reasons, especially for the skin color you gave us. You enjoyed our ancestors on the plantation and now you enjoy us in the bedroom, walking beside you, and looking pretty for you. We like that! Yet, I call for equality between blacks and whites in everything because we have earned it and are still doing so. Treat every color and shade with the opportunity equal to yours, for we are of the same family.

I’ll end with this true antidote. A younger white woman and I became friends at a good spa. One day, she went to the children’s room and brought her son to meet me and told him to shake my hand. He did, and the little six-year older, rubbed his right arm and hand, until she and I stopped talking because it appeared the handsome blue-eyed fellow was convinced my skin color had rubbed off on his hand and arm, though I never touched the latter. Perhaps the young millennial thought skin color comes off and runs to other places of the body. If so, please teach your children better. The mother respected me and knew that, though we were friends, I knew what went on in her house. She finished our conversation quickly and left the exercise facility, and I was happy because her son had made me tread racism different from any of the many ways I had experienced, and it hurt my feelings. It wasn’t kind to the young fellow to grow up in a home that he showed in my presence.

White man and white woman, again, please teach your children, as Dr. Martin Luther King told: it is not the color of the skin that makes you and us good. Instead, it is who we are in our hearts and actions. Who are you? Who are your children? Are you like my friend’s handsome son? I hope not. I have experienced a lot of racism, but that was a unique example in front of my eyes, and I would not want you or your children to perform any type of racism toward me and all other blacks.

Articles
In the Phylon journal, my article "The Black Beauty Parlor Complex in a Southern City" examines the role of the beauty parlor in the adaptation of black women, by social class, in Newport News, Virginia. In the Virginia Social Science Journal, young adult men are adamant about becoming unwed fathers.